The Dashing Elegance of Black Tie

“The ultimate sartorial embodiment of the less is more maxim, male evening-wear reached its perfected form in the 1930s, when the classically refined formal white tie and tailcoat coexisted with the more louchely modern semi-formal black-tie tuxedo. While occasions for the former are now vanishingly few, the latter will always hold a place in the wardrobes of men who, from time to time, wish to look their debonair best “ – Alan Flusser

You've secured an invite to the best parties and the cases of Veuve Clicquot and Perrier-Jouët are chilling. Everything seems to be in place and under control for what will ultimately be the party of the century. But have you forgotten formal wear?

A date of this magnitude requires classic attire and now is the time to start planning. Buy early. Roshan Melwani, fashion director at Sam’s Tailor, says time is of the essence - because--like any good suit--there needs to be time for consideration of style, personality, objective and, of course, tailoring.

The passage from one century to the next demands the utmost in evening wear. Suitable attire, so to speak, will speak volumes about a man, and suitably so. Role models to carry with you mentally are Roger Moore, the Royal Windsors, Alan Shearer, and Prince Pavlos of Greece. And options may include tails, top hats and tuxedos. Whatever formal event you attend, you want to make sure you don't come off looking like the maitre d', the waiter, or worse.

The passage from one century to the next demands the utmost in evening wear. Suitable attire, so to speak, will speak volumes about a man, and suitably so. Role models to carry with you mentally are Roger Moore, the Royal Windsors, Alan Shearer, and Prince Pavlos of Greece. And options may include tails, top hats and tuxedos. Whatever formal event you attend, you want to make sure you don't come off looking like the maitre d', the waiter, or worse.

Professionals advise the purchase of a tux, opposed to a rental. You're not just making a purchase, you're making an investment in yourself. Designer Alan Flusser waxes philosophical: "A tuxedo is one of the items in a man's wardrobe that, as you get more upscale, you need more often. You should invest in it," he stresses, and recommends that you determine the quality you can afford and then start trying on different styles. Buying a tuxedo whose style is "fashion" isn't always advisable, either--you should transcend fashion. Another point: make sure you don't put on weight in the next five years. Testing the waters early will give you the opportunity to ensure that the style is classic and will drive your formal events for years. If the first trick is to think ahead, the second is to ask for help. "Most guys never ask directions when they're lost. It's the same with clothes," chides designer Melwani.

Ask which route to take. Then try on tuxes. For classic evening apparel, look for a tux in the mid-weight range of 10 to 10 1/2 ounces. That will allow you to wear it indoors comfortably enough to dance in it. Then, consider single-breasted or double-breasted silhouettes with either peak lapel or shawl collar variations. Double-breasted versions are elegant and very buttoned-up options; in fact, they are meant to be only worn buttoned up; as such, they do not require a vest or cummerbund to hide the waistband.

Single-breasted variations (really, only the one- or two-button model will do) necessitate searching for one of those two accoutrements. Although the cummerbund was once used as a virtual waist-wrapped crumb-catcher (please wear the pleats with their pockets facing up), today gentlemen often wear them to add personality to their ensemble. Novelty silk cummerbunds and vests with their cute patterns and wide palettes make a man feel he is more than just a stiff in a penguin suit.

Certainly formal occasions allow for much creativity. This is a once-in-a-lifetime opportunity to wear something that's really an heirloom or pass-along piece. Black tie comprises many things. Supper suits are special suits. They could be a beautiful midnight blue with a peak lapel and soft covered buttons. There's a great desire to get dressed up for this New Year's. People are doing magnificent things, like renting helicopters to be in the air for the countdown or renting out the oldest hotel in Havana. Your dress will want to mirror your ultimate occasion.

Be as adventurous as the event you will be attending, but start with a good black tux, or at least a good black jacket, perhaps in silk broadcloth, wool crepe, velvet (maroon and dark green are alternatives), cashmere, even pashmina. The key element is always the jacket. People look 'not dressed' if they don't have the jacket. Add an interesting dinner shirt--with pleated or plain pique front and French cuffs--to take it away from the ordinary. As a traditional twist, you could make a fancy pair of trousers, in a paisley or leopard print or something insane. The shirt, in white, should have a pleated front or pique bib and a wingtip or point collar.

Some sartorial experts echo the importance of the formal suit, although discrepancies arise if the destination is tropical, such as a holiday in the Caribbean or in Tahiti. Choices include white dinner jackets--which are usually ivory, often in tropical wool or, for warm-weather environs, linen or the Nehru jacket. Trousers can then be gray flannel, navy linen, or tartan or black watch plaid. Roshan insists that "evening wear is one way for a man to step outside his regimen and look very special.

Most of the flash, pomp and circumstance of formal fashions fit for all this millennium's bashes stem from the past. Take the term tuxedo itself. The dress suit is known throughout the rest of the world as evening wear, formal wear or the "smoking." It was society prankster Griswold Lorillard, scion of the tobacco company of the same name, who first broke American tradition and social rules to sport a shortened black tailcoat with red vest (instead of the traditional coat with tails) to a formal ball in Tuxedo Park, New York, in 1886. The fashion effrontery, though scandalous, caught on and the garment was soon named after its place of notoriety.

If cheeky Grissy created a flap, you can bet the style-setting Duke of Windsor was not met with much derision when he later introduced the midnight blue tuxedo, feeling it looked less green and, in fact, more black than a black tux in artificial light. While most formal accoutrements have origins rooted in history, that doesn't mean you need to be glued to tradition. Abboud notes that cutaway coats and those with tails, popular at the last turn of the century, are required for fewer and fewer events today. Still they have their place and are regarded as required for certain functions.

Accessories are a big part of the historical formal quotient. With dinner clothes you're talking about form, and the best way to achieve that is through traditional routes. Wear a pocket square, most notably in the form of a hand-rolled white linen handkerchief. Cuff links, studs and shoes should add to the elegant attitude of evening wear. Men need studs, cuff links, a good watch (debatable by some with regard to formal wear) . Buying studs and cuff links is an investment, and the man who goes to black-tie events is buying more than one set. He appreciates the finer things in life--the artistry, craftsmanship and quality of accessories

You can wear velvet slippers, patent leather shoes, black satin lace-ups with toe caps and thick soles. There is a lot of variety for men, so you don’t have to go the traditional route.

The most traditional and most important accessory is the bow tie. Although only 2 percent of the male population knows how to tie one, it truly is as easy to tie as your shoelace, but keep the tie simple. A nice black neck tie can also be smart and very modern. 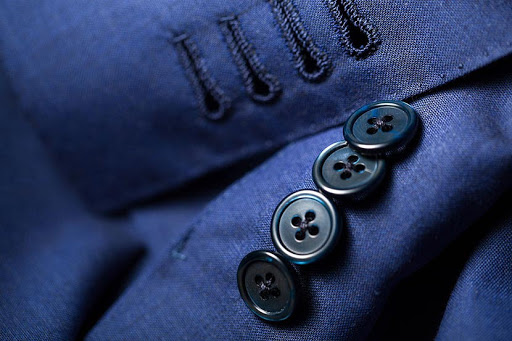 Ensure once-in-a-lifetime good spirits, good times and a damn good look for yourself.

Keep that in mind when bending the rules for creative black tie. A few years ago Ralph Lauren, as the story goes, wore a tux jacket with blue jeans and cowboy boots to a black-tie event, and met with some criticism. Although not everyone agrees upon how much bending can be done, the rules of creativity when it comes to black tie depend predominantly on the location of the party. Are you ending up at Madonna's home or the White House? Make sure to dress accordingly.

Excerpts for this blog By Kimberly Cihlar| From Vince McMahon For Cigar Aficionado, Alan Flusser, "Dressing The Man." Special thanks to Ryan Hamilos for helping to research this subject and assemble the content.

A Classy Accessory for A Gentlemen’s Wrist